I would like to discuss a nutrient deficiency most people don’t know about that can cause many diseases. I call it “Electron Deficiency.” It can supposedly be cured by a little-known method called “Grounding.” Is the science for real? Let’s dig in now. Check out my video on this subject as well!

Grounding, often called “earthing,” is when we have “direct physical contact with the vast supply of electrons on the surface of the Earth” (1). These electrons are more abundant in Earth’s atoms, so they are negatively charged. A positive charge comes from having more protons than electrons in an atom. These are plentiful in electronic devices and electromagnetic radiation, which we are flooded with daily. In this case, positive is bad. So, negative ions help the body, while positive ions hurt the body. The earth and its atmosphere are full of negatively-charged ions, especially around water, such as waterfalls, oceans, and after a storm.

Beaches, mountains, and forests are teeming with negative ions. That’s just one more reason to go on vacation near water. We go to the beach as often as possible and we love to visit waterfalls, too. We visited Daytona Beach earlier this year. Let me know in the comments below where you like to vacation.

Now, let me list four ways that people use to get grounded and access those electrons from the Earth. We’ll also look at some studies and then give the potential benefits of grounding.

Walk barefoot on the ground

Since we’re all trying to get healthy on a budget, the cheapest way to get grounded is to walk barefoot in your yard. It’s free! You see, rubber-soled shoes and indoor flooring have cut us off from contacting the earth. Our bodies have become unbalanced with positive ions. When we take off our shoes and contact the soft grass, especially if it’s wet with dew or rain, the earth sends its electrons to neutralize our positive charge.

Now, let me give a few exceptions here. If you chemically treat your lawn with harmful fertilizers, pesticides, and herbicides, then don’t walk on it barefoot. Your skin can absorb those unsafe chemicals, so be careful. Also, avoid places that will hurt your tender feet, like dry, rocky soil or areas with broken twigs. Obviously, gravel will hurt. Concrete, pavers, and sidewalks are fine, but they are tough on the heels and may cause bruising. Diabetics should be extra careful of injury. Now, there may be a risk of hookworms in the soil, but that is rare and can be avoided by cleaning your feet after walking barefoot and eating a healthy diet that does not feed them, especially bitter greens. Parasites will be discussed in another blog. Also, avoid wading in brackish water, since it sometimes carries harmful bacteria.

Another way to get grounded is to touch the soil with your hands, like with gardening. There are times when you’ll need to protect your hands, but take off those gardening gloves and dig in the soil from time to time. Again, make sure that it is organic soil without chemicals. Even though your hands get dirty, you’ll receive those electrons from the Earth, as well as some beneficial bacteria from the soil.

Most of us have to spend lots of time indoors. We have jobs inside or the weather prevents us from going outside. When our homes and offices continue to recirculate the same air, it becomes practically toxic. An air purifier can filter out those harmful particles and allergens, while also releasing negative ions into the air in order to neutralize the positive ions from our televisions, smart phones, computers, laptops, microwaves, and Wi-Fi. This duplicates the pure air found around waterfalls and oceans. Some humidifiers and diffusers produce negative ions as well. A much cheaper source to purify our air and release negative ions is simply plants. Add some plants to every room. Growing some of your food indoors can also be beneficial.

Some people use a grounding pad for their bare feet or under their computer keyboard while indoors. Others even use a larger one, usually called an “earthing sheet,” on top of their mattress. Both plug into the ground socket of any outlet. Studies seem to support improved sleep from being grounded this way. In a blinded pilot study, most subjects fell asleep more quickly, had a better quality of sleep, woke feeling rested, had less muscle stiffness and less back and joint pain, and had an improved sense of wellbeing. Some subjects even reported improvements in their asthma, arthritis, PMS, sleep apnea, and hypertension. Another study showed that grounding this way drastically reduced the voltage induced on the body from electrical devices (1). This is easily proven with a volt meter if you want to test it at home.

What are the health benefits of grounding?

Our disconnection from the Earth may just be one of the most significantly overlooked sources of many chronic diseases. When our body lacks those important electrons and we become positively charged, it affects our mitochondria, leading to chronic fatigue and lower immunity. We need mobile electrons to avoid an abnormal inflammatory response to ward off infections and recover from injuries. This causes the immune system to be endlessly triggered, which weakens it drastically. Grounding has shown to improve these autoimmune reactions (2).

Test it for yourself and see if you feel better. It certainly can’t hurt. Add this healthy activity to your day, along with eating nutritious food, exercising, drinking purified water, breathing clean air, and getting some sunshine. Be sure and subscribe to our newsletter to get the latest news and posts. Happy grounding! 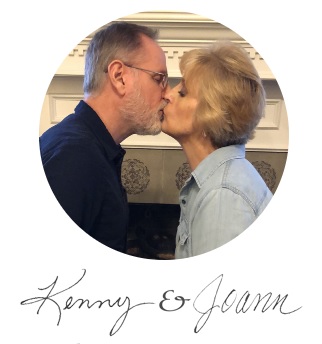 Kenny, a nutritionist, and Joann, a chef, are here to help you in going more raw to restore energy and immunity. They can be your health coaches to get to your best health yet!

Get Our Free PDF